In 1987, I boarded a bus in Golmud, on the edge of the Gobi desert, for the two-day trip to Lhasa.  I spent the rest of the summer, nearly three months, in Tibet. It was an incredible, unforgettable adventure which ended when the Chinese authorities ordered all foreigners to leave after the protests of October 1st (China National Day).

En route to Lhasa, our bus was stopped for several hours by a road crew digging a hole, then re-filling it. The stretch of road was identical to the thousand miles before and behind it.  Later, we passed Lake Yam Drak Tso. 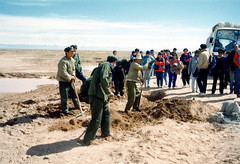 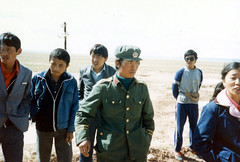 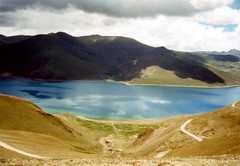 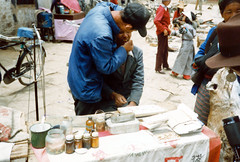 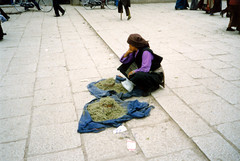 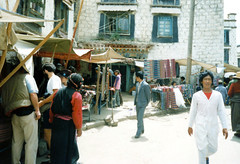 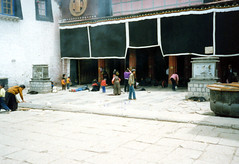 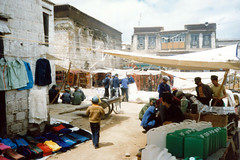 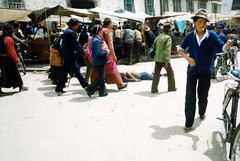 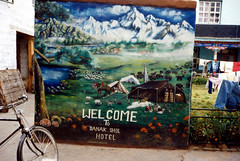 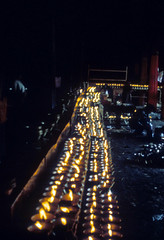 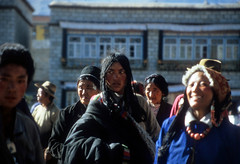 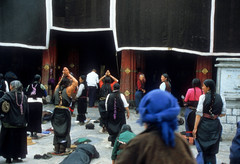 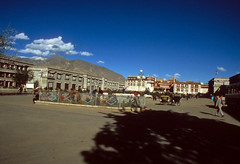 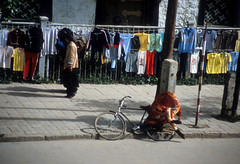 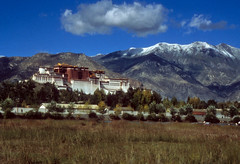 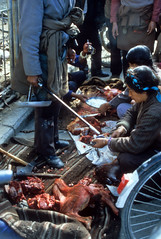